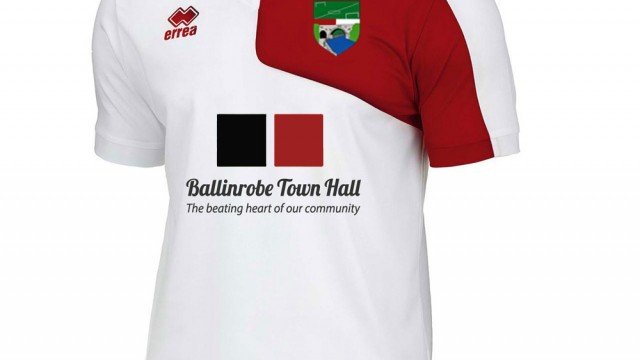 Ballinrobe Town FC, one of the foremost sports clubs in the south Mayo town, has devised a novel way of showing support for the campaign to rebuild the local Town Hall. 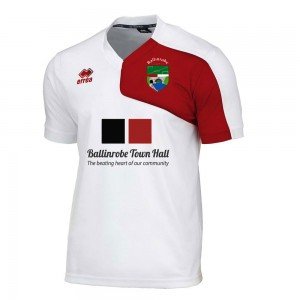 The club’s U14 boys’ team has cut a fine dash in recent games with their new jerseys featuring the Ballinrobe Town Hall logo.

“This is our way of raising awareness of the campaign to rebuild the Town Hall, which we fully support,” said club chairperson Declan Commons.

“The jersey is getting a lot of attention at home and away games and we are delighted that it is helping to promote the very worthwhile effort to restore a Town Hall to Ballinrobe.”

A target of €400,000 in local business and private contributions has been set as Ballinrobe aims to restore the old Hall, which closed in 1996. 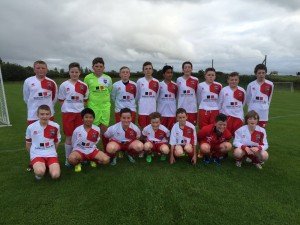 A team of approximately 40 collectors is currently visiting every house in the parish to seek support through a variety of suitable fundraising options.

In total, it is expected that the Hall will cost approximately €1.3m to build.

Michael Sweeney, chairperson, Ballinrobe Town Hall, welcomed Ballinrobe Town FC’s initiative and said that “the support of sports and other community organisations will be crucial if we are to realise our dream of giving Ballinrobe a Town Hall of which we can once again be proud.”