A huge crowd saw Tesco employee Ray Kelly, a native of Castlebar, take the honours in The Kube, in Ballinrobe Racecourse on Saturday night last. 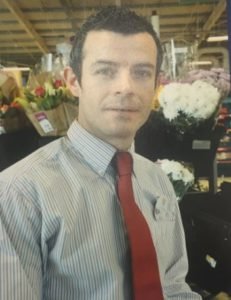 The event was organised to raise funds for the Campaign to Rebuild Ballinrobe Town Hall, and not only did Ray show himself to be most able of the 36 competitors, he surprised the audience by announcing that he would donate his winnings of €750 to the fund.

“The Kube has been a huge success and we will soon announce exactly what we made from this event. Ray’s generous gesture has given everybody involved in the campaign huge lift, and we are very grateful to him”, said Michael Sweeney, chairman, Ballinrobe Town Hall.

“We had great support from sponsors and advertisers. Additionally, every contestant raised the minimum €300, with some going far in excess of that,” added Michael.

The event was broadcast live on Facebook and attracted an online audience in excess of 3000 viewers.