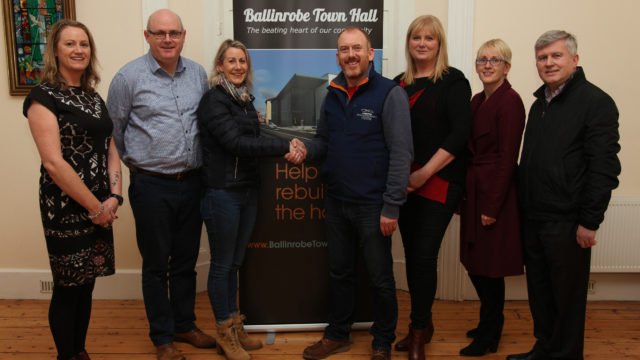 The Campaign to Rebuild Ballinrobe Town Hall received a massive boost over the Christmas period when three local entities rowed in behind the major fund-raising campaign.

Ballinrobe Folk Choir, the Wilde River Drama Group and St Joseph’s Primary School all did their bit to push the campaign along – and the Town Hall fund benefitted to the tune of almost €4500. 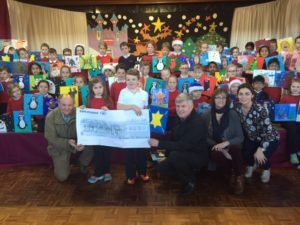 The Folk Choir nominated the Town Hall as beneficiaries of their popular annual Christmas Concert on Sunday, December 18, in St Mary’s Church – the collection on the night yielded a figure of €2376.

The Wilde River Drama Group were kind enough to donate €1500 to the Town Hall, the proceeds from their debut play Bookworms, which proved to be a popular sell-out at Ballinrobe Racecourse.

And Second Class students in St Joseph’s Primary School held an Art Auction in aid of the Hall and presented €623 to the Town Hall. The Art Auction featured works created by the pupils, guided by local artist Angela Emsen-West.

“The fact that three groups like this would donate a total of €4499 shows the level of interest there is in rebuilding the hall,” said Michael Sweeney, chairperson, Ballinrobe Town Hall.

“In all three cases, the groups came to us to say they would like to help out. We hope that other groups in the town will do likewise during the coming months. The Town Hall will benefit everyone in the community.

“2017 is an important year for us. We are setting monthly targets for fund-raising and I am happy to say we are now on course to reach our January target.” 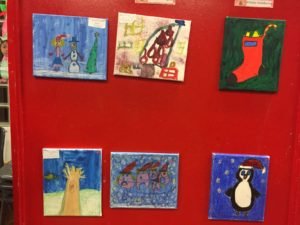 A sample of the art work created by pupils of St Joseph’s Primary School, Ballinrobe, for their recent Art Auction in aid of the Campaign to Rebuild Town Hall. The event raised €623.